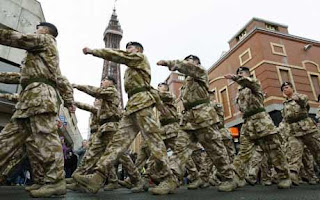 In a recent interview, British commander of land forces Lt. General James Everhard points to the emergence of gay soldiers who’ve served openly in the U.K. army in the last 15 years, opening the minds of their fellow troops.

“Those that were slightly frightened of what they didn’t understand; what they learned from those wars, there they fought alongside gay people, was that you can be homosexual and extremely brave … people came back saying, these guys are part of the team.”

Britain dropped its ban on lesbian, gay, bisexual and transgender people openly serving in 2000, but in recent months has begun to encourage their recruitment into the ranks as it looks to modernise its culture and maintain its fighting edge.
It’s good to see their service being recognized. 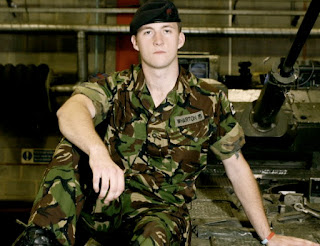