NFL accused of promoting homosexuality on the Super Bowl's audience 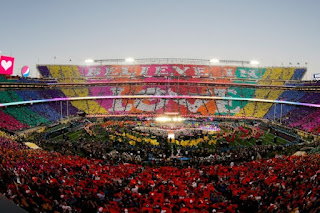 Anti-gay viewers have accused the NFL of trying to force the "gay agenda" on the audience.

Despite being praised by most viewers, some Twitter users expressed their annoyance at the set, before accusing the NFL of promoting homosexuality.

The colourful display used by Coldplay was in fact based on their latest album’s A Head Full of dreams artwork.

Watch the video below and decide for yourself.