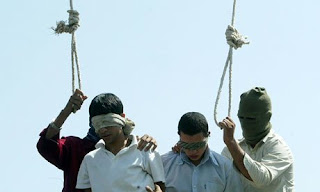 People who come out in Saudi Arabia could face the death penalty.

A Saudi newspaper reported that prosecutors in the city of Jiddah have proposed to apply the death penalty to the entire country on gay people who publicly come out, in response to dozens of cases they have prosecuted over the last six months. These include 35 people who received prison sentences for sodomy.

Obviously, the proposal has caused fear among LGBT people in the country.

The same newspaper reported that Jiddah authorities have prosecuted 50 cases in which men allegedly dressed as women. And also a doctor who lives in the port city on the Red Sea was arrested for raising an LGBT Pride flag over his home.

Saudi Arabia is among the countries in which consensual same-sex sexual activity remains punishable by death.