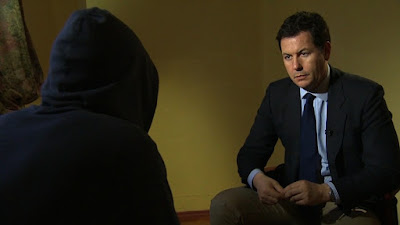 CNN’s Russian correspondent Matthew Chance turned in a report on the detentions, torture, and murder of hundreds of gay men in the southern Russian republic of Chechnya.

Chance spoke with gay Chechen man, one identified as Ahmed,  who fled the country and spoke on the condition of anonymity, for fear of reprisal.

Ahmed said: “My car got stopped at a Chechen police checkpoint, and they asked me for my documents. They looked at them then said ‘We are taking you'”.

Then he detailed the abuse he suffered: “They started beating me with their fists and feet. They wanted to get names of my gay friends from me”.

He revealed that one of the methods used to torture the men is electrocution: “They tired wires to my hands and put metal clippers on my ears to electrocute me”. And he added: “They’ve got special equipment which is very powerful. When they shock you, you jump high above the ground”.

Despite the growing evidence of mass targeting of gay men in the region, a spokesperson for Chechnya’s Russian-backed leader, Ramzan Kadyrov, has denied the reports, insisting that gay people do “not exist” in the republic.