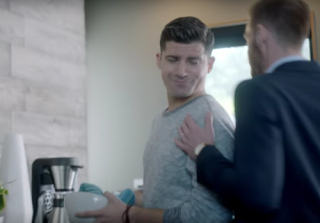 A gay couple have been featured in a new advert by Google.

The advert features a same-sexcouple going about their morning routine with their two sons. The pair both ask Google Home for their schedules for the day, before deciding which of them will take the kids to school.

The ad was created to promote a new feature for Google Home, which recognises different voices.

It’s the latest in a growing list of adverts by major brands that feature LGBT people.