The policeman killed in Paris was a gay rights activist 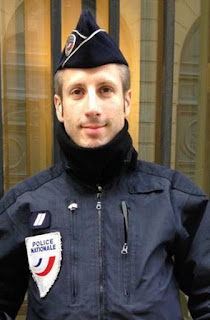 Xavier Jugelé, 37, a member of the Paris police, was killed by a gunman on the Champs-Élysées in the terrorist attack of Thursday night.

Xavier, who was in a civil union with his partner, was a proud defender of gay rights, and a member of FLAG, a French association for lesbian, gay, bisexual and transgender police officers.

“He was a simple man who loved his job, and he was really committed to the LGBT cause”, Mikaël Bucheron, the president of Flag told. “He joined the association a few years ago and he protested with us when there was the homosexual propaganda ban at the Sochi Olympic Games”, he added.

Xavier joined the Parisian police force in 2010, after serving in the Gendarmerie. Yves Lefebvre, the general secretary of the police union Unité SGP Police-Force Ouvrière, said Officer Jugelé was “an excellent colleague”.

He also had been part of the response team that rushed to the Bataclan in Paris, in the wake of that attack in November 2015, which left 130 people dead. When the club reopened one year after, Xavier described his happiness at seeing the venue once again open its doors. 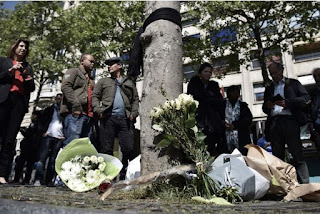 May he rest in peace!