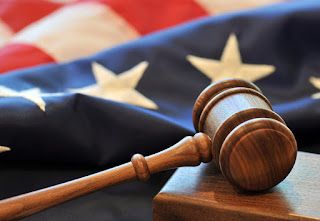 A Federal Appeals Court in Chicago ruled that the 1964 Civil Rights Act also protects LGBT employees from workplace discrimination, the first time a federal appellate court has come to that conclusion.

The Hively case stems from a lawsuit by Indiana teacher Kimberly Hively alleging that the Ivy Tech Community College in South Bend didn’t hire her full time because she is a lesbian. The entire court reheard oral arguments in November and directed the toughest questions at a lawyer for the college who argued only Congress could extend the protections. The aggressive questions suggested the court might be willing to expand the 53-year-old landmark law.

The decision by the 7th U.S. Circuit Court of Appeals comes after it threw out a July finding by three of its own judges that the law doesn’t cover sexual-orientation bias and ordered a rare rehearing by the full court, a rare session known as an en banc hearing.

It also comes as Trump’s administration has begun setting its own policies on LGBT rights. Late in January, the White House declared Trump would enforce an Obama administration order barring companies that do federal work from workplace discrimination on the basis of sexual identity. But in February, Trump revoked a guidance on transgender students’ use of public school bathrooms, introduced by the Obama administration, deferring to states. 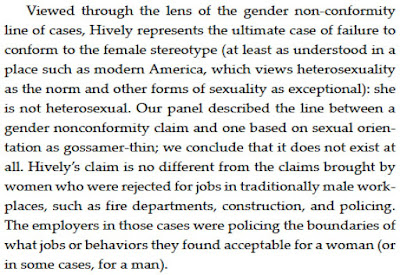