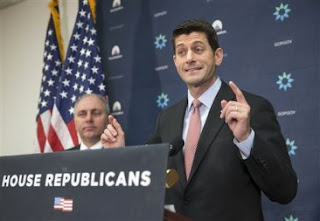 Dozens of Republican lawmakers are asking Donald Trump to scale back Obama-era protections for gays and lesbians in order to make good on a campaign promise to protect religious liberty.

A group of 51 members of the House wrote to Trump this month to "request that you sign the draft executive order on religious liberty, as reported by numerous outlets on February 2, 2017, in order to protect millions of Americans whose religious freedom has been attacked or threatened over the last eight years".

A senior White House official told that some sort of policy to protect religious liberty is still in the works, but that the president is trying to find middle ground. The official said that Trump has been clear about his support for the LGBT community and that he does not support any kind of discrimination. But Trump also believes there should be policies that allow for people to express and maintain their strongly held religious beliefs.

In early February, Trump was reportedly considering an executive order that would reverse former president Barack Obama's orders prohibiting discrimination against gays and lesbians in the federal workforce or by federal contractors. But the order was never signed and a White House's official declared: "The executive order signed in 2014, which protects employees from anti-LGBT workplace discrimination while working for federal contractors, will remain intact at the direction of Donald Trump”.

Although, the fact is the Trump Administration rescinded protective guidance for transgender students in U.S. schools. The guidance had been introduced by the Obama Administration and it instructed public schools to allow trans students to use bathrooms and locker rooms matching their gender identity.