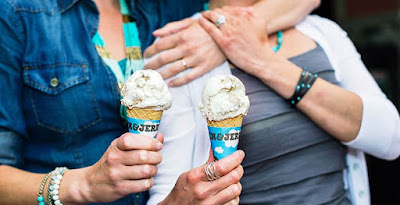 Ben & Jerry's is banning two scoops of the same flavour in its 26 Australian stores as part of a push for marriage equality.

"It is time to stand up for fair and equal rights for all by letting our leaders know that we demand Marriage Equality!", the popular ice cream chain wrote in statement.

And the company added: "Imagine heading down to your local Scoop Shop to order your favourite two scoops of Cookie Dough in a waffle cone. But you find out you are not allowed. Ben & Jerry’s has banned two scoops of the same flavour".

The Ben & Jerry's ban will last until marriage equality is legalized in Australia. They have also placed postcard boxes for customers to issue postal protests to their representatives. Don’t live near a scoop shop is no a problem, it's possible to sign up through the Equality Campaign’s website.

According to polls, around two thirds of Australians support same-sex marriage as does the majority of MPs. Despite the flurry of legislative activity, including a sunken plebiscite, the federal government has not laid out a plan on how to legalise the gay unions.

Ben & Jerry's joined more than 1,200 companies and organisations, including AirBnB, Quantas and the major football codes, calling for marriage equality in Australia. 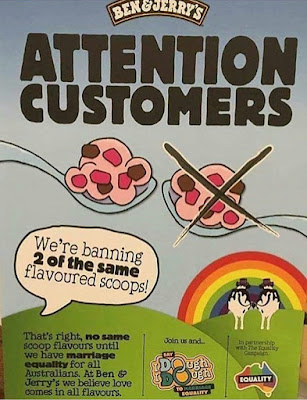