Russian police have detained LGBT activists attempting to raise awareness about the persecution of gay men in Chechnya.

The demonstration was held during a May Day march in St Petersburg, with a group of around 10 protesters arrested near the Anichkov Palace in the centre of Russia’s second city.

Images shared on Twitter showed activists lying on the road pretending to be dead, with fake blood smeared across their faces and covered with rainbow and Chechen flags.

Officers in riot gear were shown arresting protesters and dragging them to a police van.

A separate group of gay-rights protesters were detained with placards that called for the Chechen leader, Ramzan Kadyrov, to be tried at the International Court of Justice in The Hague.

Sign a petition to stop atrocities against gay people in Chechnya here. 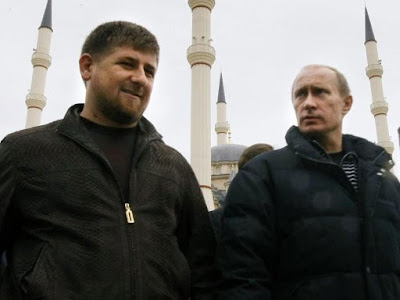