Love can never be wrong! 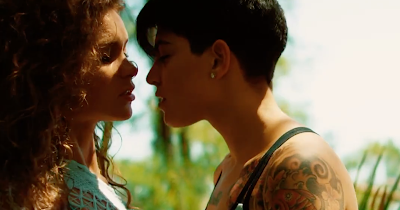 Model-turned-songstress Keeana Kee got a head start on summer with the steamy video for her debut single "Coconut Rum and Coke".

Los Angeles-based singer, who is openly gay, told that her video was inspired in part by homophobia she experienced during her years in the fashion industry. "I went through some discrimination in my life working as a fashion model, so I really hope to make a difference by encouraging people to be themselves no matter what, and to stand up for themselves, even if it seems impossible", she said.

Keeana said she had no qualms about featuring a same-sex love interest in her debut video. "I’m very confident with my sexuality, so I was comfortable to be myself in the video". And she added: "I want to show the world that there is nothing wrong with being gay".

She hopes audiences will see her song as "romantic, sexy and slightly cheeky" rather than anything overtly political. "I hope that this video reminds people that they can go wild in their fantasies and it can never be wrong!".