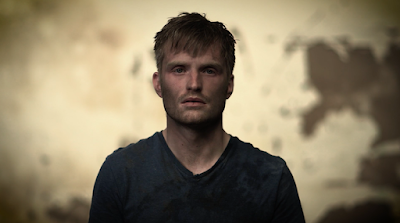 Out of the 1,268,989 people in Chechnya, there were 107 homosexuals. As of this morning, there are 104 homosexuals. By the start of Ramadan, there will again be none.

A harrowing new short film on Vimeo is showing what gay men in Chechnya go through, both in the country’s concentration camps and at the hands of their families.

Unchechen was created by digitalSTAGE and Inkbrew Productions, an award-winning theater company from Manchester, England.

The film focuses on two men, one of them a gay man, lured into a trap which lead to his detention in a concentration camp, and the other one of his capturers.

"There are only three things that can happen to such a person in Chechnya", he says. "They can leave, the can kill themselves, or they can be killed. They are Unchechen. Unpeople".

His victim tells the story of how he was detained, and how detainees are tortured in the camps.

"Electrocution is the best. It means they don’t want to leave any mark", he says. "That they’re in fear of some recrimination. The real terror starts with the beatings. That’s when you know they have impunity. Nothing can stop them. No one cares", he added.