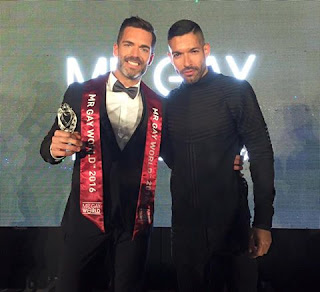 The same year that Madrid will organize the WorldPride 2017, the 9th edition of the international Mr. Gay World will be held in Spain.

From 5 to 10 May, representatives from the five continents will visit the cities of Madrid and Maspalomas, in Gran Canaria island, where the great Final Gala will be held within the celebrations of the Maspalomas Gay Pride.

During those days, the participants will perform different cultural, sports and social activities, all related to the requirements and tests to qualify for Mr. Gay World title.

Since 2009, Mr. Gay World has become the most important international event in the world, in its category, which main goal is to search ambassadors of LGBTI rights, who will assume the responsibility of being spokespersons in the visibility of equality and diversity.

The past editions of the contest have been held in Malta, Italy, the Philippines, Norway, Canada, South Africa and Belgium. In the 2016 edition, celebrated in Malta, a Spaniard obtained for the first time the tittle, Roger Gosálbez.

Recently Spain was choosen the best country for LGBT tolerance. 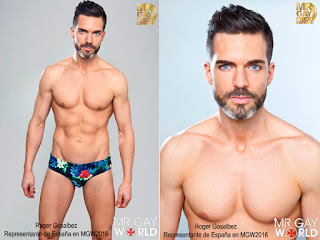