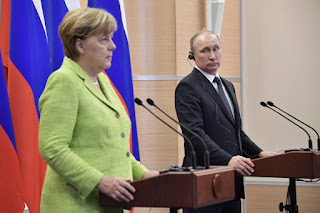 The German Chancellor publicly called upon the Russian leader to help protect LGBT people in Chechnya.

During a visit to Vladimir Putin’s summer residence in Sochi, Angela Merkel challenged the leader over the ongoing detention and abuse of gay men in the Russian republic.

She also touched upon reports that Russian LGBT activists had been arrested after protesting the reported ‘gay concentration camps’ that are in use in the region.

“We believe in an exchange even if there are differences of opinion. We spoke about the rights and opinions of civil society here in Russia,” Merkel said, while stood next to Putin. “The right to demonstrate is important in a civil society, and I also highlighted the roles of NGOs", she added.

“We have received negative reports on the way that homosexuals are dealt with in Chechnya particularly, and I asked President Putin to use his influence to [help] gay people in the region”.

Putin did not respond to Merkel’s comments. The Kremlin and Chechen government have both denied allegations that gay men are being detained and tortured in the region.

Novaya Gazeta first reported in March that around 100 gay men had been rounded up by police and detained in what is widely being referred to as a modern-day ‘concentration camp’.

Moreover, Human Rights Watch later confirmed the horrific reports, adding that the information coming through was “consistent” with “numerous trusted sources” they had spoken to on the ground in Russia.

One survivor who escaped from the camp revealed that Chechen police are telling parents to kill their gay sons, or they will do it themselves.

Sign a petition to stop atrocities against gay people in Chechnya here. 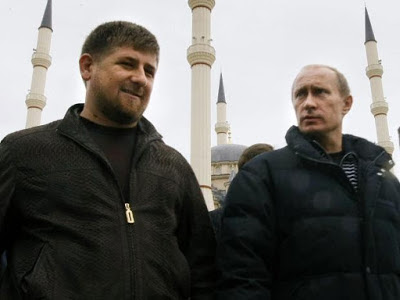