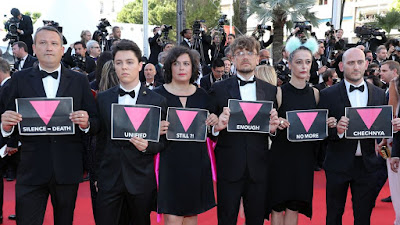 At the Cannes Film Festival, jurors for the Queer Palm made a statement calling attention to the dire situation for gay and bisexual men in Chechnya.

The protest took place on the red carpet of the premiere for 120 Beats Per Minute, a film about the early days of ACT UP and HIV/AIDS activism in ’90s Paris, which became a top contender for the festival’s top prize, the Palme d’Or, upon its premiere at the festival.

A Russian newspaper claimed that twenty-six men have been systematically murdered and over 100 gay and bisexual men have been detained so far, as part of Chechnya’s antigay purge. Recent news say concentration camp has been destroyed and moved to a new location. 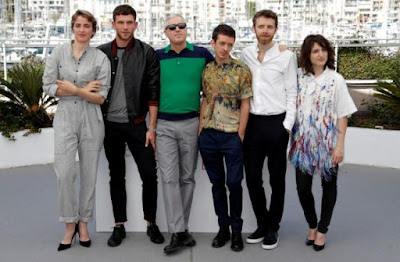 Director and cast of 120 Beats Per Minute