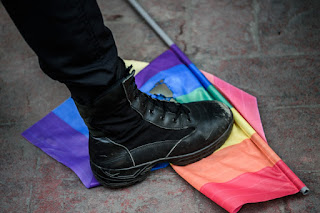 From now, he has just banned all LGBT events. The prohibition encompasses films, lectures, exhibitions, performances and Pride parades.

“Starting from November 18, 2017, concerning our community’s public sensitivity, any events such as [LGBT] cinema, theater, panels, interviews, exhibitions are banned until further notice in our province to provide peace and security”, a decree issued on Sunday read.

Turkey has long been seen as one of the more welcoming of majority-Muslim countries, but activists complain President Recep Tayyip Erdogan has cracked down on LGBT freedom.

In recent years there has also been an alarming rise in prejudice and violence: Last year, a gay refugee from Syria was beheaded in Istanbul, the same year a young trans woman was murdered and set on fire in a middle-class neighborhood.

Just this summer, Turkish authorities announced they would not allow the Istanbul Pride march on Sunday, the third year in a row the celebration has been banned. The Istanbul Governor's office said the Pride march would be banned to keep public order and for the safety of participants and tourists.

A new step back on LGBT rights in Turkey. 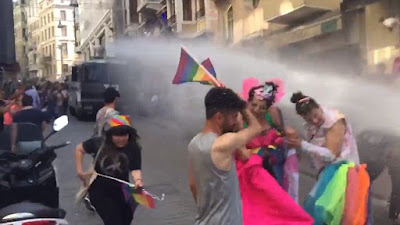 Demonstrators who defied the ban on Istanbul Pride
were met with rubber bullets and tear gas in Taksim Sq.