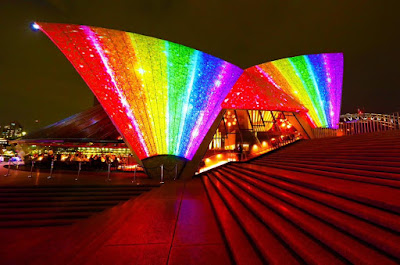 Thousands of people descended on the Sydney Opera House to watch its iconic sails light up in rainbow colours. The rainbow sails were a celebration of the official launch of the program for the 2018 Sydney Gay and Lesbian Mardi Gras.

This year’s launch also has special significance as it comes in the final days of Australia’s national postal ballot on same-sex marriage.

Mardi Gras is one of the world’s biggest LGBT events and will celebrate its 40th year in 2018. Next year’s theme is 40 Years of Evolution and the festival will 17 days of jam-packed parties, performance, exhibitions, family and community events.

Sydney’s Mardi Gras started in July 1978 when a group of gay and lesbian took to the streets to protest the criminalization of homosexuality. They were cornered by police and assaulted. Many who were arrested were outed and lost their jobs when the Sydney Morning Herald published their names in the newspaper. 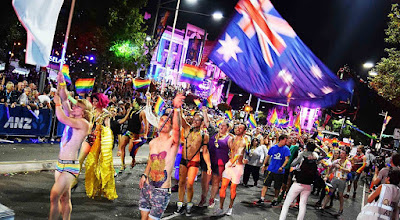