Virginia elects the first openly trans person to the statehouse 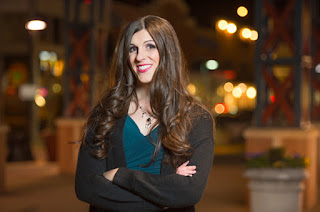 A Virginia politician made history becoming the first openly transgender person to be elected to any state legislature in the United States.

Danica Roem, 32, just won a seat in the Virginia House of Delegates, defeating Republican incumbent Robert Marshall in the 13th District. Roem, a former journalist, won a surprise victory in the Democratic primary in June.

She took on the ultra-conservative Marshall, who has been in office for more than 20 years and who has taken anti-LGBT stances. For instance, he proposed the state’s (ultimately failed) “bathroom bill” that would have required transgender people to use the public restroom that corresponds with the sex on their birth certificate.

“Discrimination is a disqualifier”, a jubilant Roem said as her margin of victory became clear. “This is about the people of the 13th District disregarding fear tactics, disregarding phobias . . . where we celebrate you because of who you are, not despite it”. 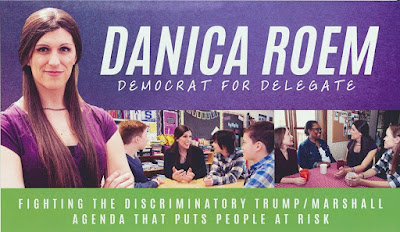