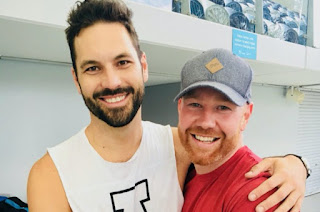 Mark Keevers proposed to his long-time partner Andrew, after the latter finished a match playing for gay water polo team, the Melbourne Surge.

Keevers planned the proposal for the day after the postal survey results on same-sex marriage were revealed. Thankfully for him, Australians voted 61.6% in favour to legalize same-sex marriage.

As soon at the water polo match ended, Keevers walked up to Andrew and put a rainbow flag towel around his shoulders. Then the song Hold My Hand by Jess Glynne was cued from nearby speakers.

Some surge players quickly stripped down to their swimsuits and turned around to reveal each player had a a letter on their backsides spelling out ‘marry me’.

Keevers then gave an emotional speech before asking Andrew to marry him. Andrew said yes, of course. 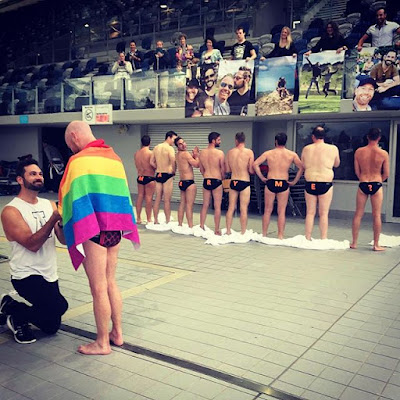