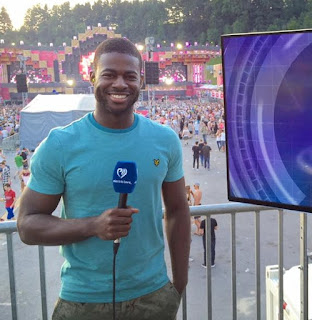 Ben Hunte has been announced as the first ever correspondent for LGBT news and events for BBC News.

He will report on stories, issues and debates surrounding sexuality and gender and provide insight and analysis on matters affecting the LGBT community in the UK.

In a statement, Ben said: “I’m delighted… and I am looking forward to finding and telling stories from the LGBT community.”

Later, on his Instagram page, Ben told his followers, “New job coming soon! Dream come true. I’m so excited to be the BBC’s first LGBT Correspondent and I can’t wait to tell some important stories,” followed by a rainbow flag emoji.

During the BBC’s Gay Britannia season, Ben presented his own series of LGBT-themed programmes for BBC Radio 4 and 4 Extra, titled The Ben Hunte Interviews.

On the series, he interviewed a range of celebrities such as Paul O’Grady, Stephen K. Amos, Peter Tatchell, Ruth Hunt, Linda Riley and Calum McSwiggan. 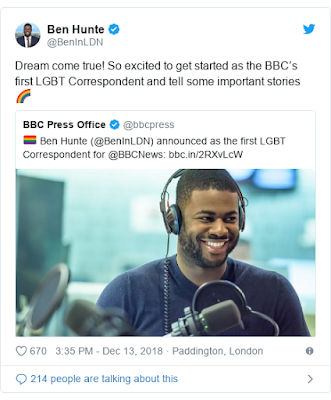