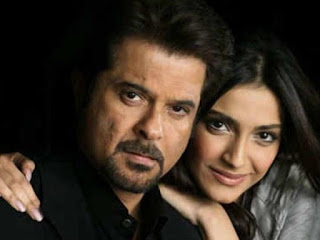 Ek Ladki Ko Dekha Toh Aisa Laga, which translates as How I Felt When I Saw That Girl, marks the first time mainstream Indian cinema has embraced a same-sex romance on the big screen.

Bollywood star Sonam Kapoor is set to star opposite her father Anil Kapoor in a groundbreaking lesbian love story. It will be the first time that the Slumdog Millionaire star has appeared on screen with his daughter.

Sonam Kapoor fall in love with a woman and her Punjabi family repeatedly attempts to find a man for her character, Sweety, but she declines all suitors because she’s secretly in love with Kuku, played by Regina Cassandra.

Without spoiling too much, Sweety eventually comes out to her family and seeks their acceptance over the course of several heart-rending scenes.

Watch the amazing trailer below: