Brokeback Mountain honoured by the Library of Congress 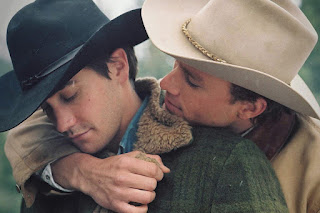 Brokeback Mountain is set to be included to the Library of Congress’s National Film Registry.

The widely acclaimed Oscar-winning 2005 film, directed by Ang Lee, and starred by Heath Ledger and Jake Gyllenhaal as gay cowboy lovers, will be one of 25 productions selected this year for inclusion in the Registry.
﻿
Brokeback Mountain becomes the most recent film included in the Registry, which now features a total 750 titles, all deemed worthy of preservation for future generations due to their “cultural, historic and aesthetic importance to the nation’s film heritage,” according to the Library of Congress.

Librarian of Congress Carla Hayden said: “The National Film Registry turns 30 this year and for those three decades, we have been recognising, celebrating and preserving this distinctive medium. These cinematic treasures must be protected because they document our history, culture, hopes and dreams.”