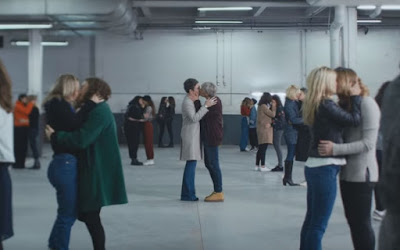 As many as 70 chart topping French singers have released a new single called De l’Amour to tackle homophobia.

The haunting and beautiful melody translates into English as ‘Of Love’ and tells the story of gay refugee Azamat; who was the first refugee the charity helped escape persecution in his home country.

The song was released this week as a download. All proceeds from its sales will go to French charity Urgence Homophobie (Emergency Homophobia).

Urgence Homophobie said it had released the song to raise awareness of the plight LGBT people continue to face. The charity aims to tackle homophobia throughout the world and helps LGBT refugees from countries that persecute LGBT citizens.

Among the artists volunteering to sing on the track and appear in an evocative video were Emmanuel Moire, Christophe Willem and Muriel Robin.

France has witnessed an increasing number of homophobic attacks in 2018.