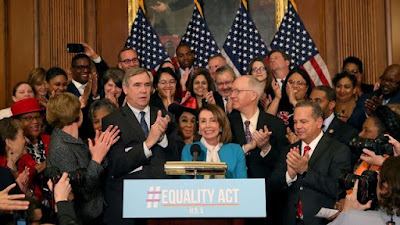 The Equality Act, a wide-ranging bill banning discrimination based on sexual orientation and gender identity, has been approved by the House Judiciary Committee in the US.

LGBT rights advocates have praised the ‘historic’ vote. It will now go to the full House for a vote at a later date. The bill seeks to amend the Civil Rights Act of 1964. It would add sexual orientation and gender identity to the list of protected traits.

If passed, it would prohibit discrimination in various areas, including employment, housing, public accommodation, and more on a national level.

This is the third time Democrats have attempted to pass the Equality Act. On the two previous occasions the bill failed to advance past the committee.

In his opening statement, chairman of the Judiciary Committee, Representative Jerrold Nadler of New York, said: ‘It is time that the federal government recognizes that discrimination in any form is wrong and that we should move forward with these common-sense protections that simply build on existing statutes.’ And he added that the Equality Act would ‘provide uniform protection for certain basic, fundamental rights of all Americans’.

Polling has found that there is wide-ranging support for the Equality Act throughout the US. A survey by the nonpartisan Public Religion Research Institute that around 70% of Americans would support a bill like the Equality Act. Surveys have also found strong support for LGBTI employment protections among US businesses. 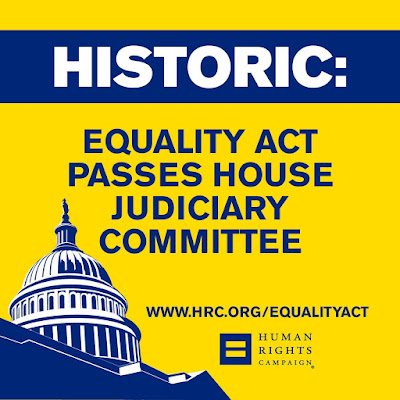