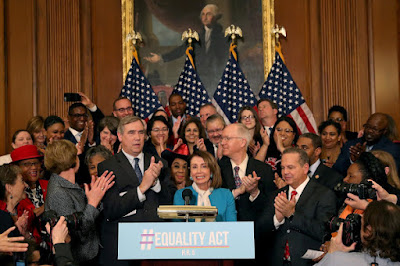 Legislation calling for the Civil Rights Act of 1964 to include gender identity and sexual orientation as protected from discrimination has been approved by the House.

The landmark bill was passed through the House of Representatives with a 236-173 vote led by Democrats.

The Equality Act bill would provide protection to people living in states where it’s legal to discriminate based on sexual orientation and gender identity. This protection would extend across education, employment, housing and public spaces.

“The question before us is not whether the LGBT community faces outrageous and immoral discrimination, for the record shows that it clearly does,” said New York Representative Jerrold Nadler and chairman of the Judiciary Committee. “The question is whether we, as Congress, are willing to take action to do something about it. The answer goes straight to the heart of who we want to be as a country, and today, that answer must be a resounding ‘yes’.”

While it’s a historic move for LGBT rights in America, the news is somewhat bittersweet as it’s unlikely to pass through the Republican-led Senate and White House. 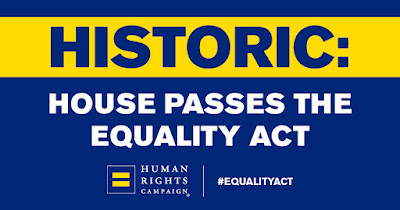