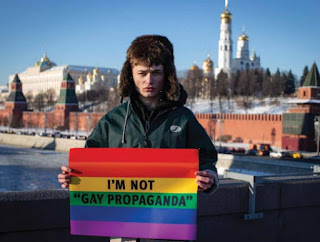 Nearly half of Russians support equal rights for members of the LGBT community, marking the highest level of support in 14 years, according to the independent Levada Center pollster. They conducted a survey among 1,625 respondents in 50 Russian regions on April 18-23.

Since Russia banned the display of “gay propaganda” to minors in 2013, authorities have refused to authorize gay pride events across the country and polls have shown worsening attitudes toward sexual minorities.

47 percent of Russian respondents agreed that gays and lesbians should enjoy the same rights as other citizens, the poll showed, while 43 percent disagreed.

When asked the same question in 2013, the year the “gay propaganda” law passed, 8 percent fewer Russians agreed that LGBT people deserve equal rights (39 percent). The increase in support since 2013 can be attributed to the gradual decline in anti-LGBT sentiment appearing on TV over the past six years.