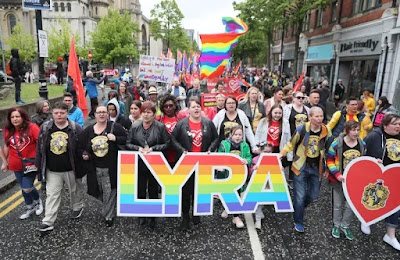 Thousands have marched in support of same-sex marriage in Belfast. Protesters called for an end to the political impasse whereby the Democratic Unionist Party remains opposed to marriage equality, despite Sinn Fein calls for a law change.

The demonstrators want same-sex couples to be treated the same way in Northern Ireland as they are in the rest of the UK, where same-sex marriage is legal. The issue is a stumbling block to restoring Northern Ireland’s Catholic-Protestant power-sharing administration, which has been suspended for more than two years.

Northern Ireland has been without a functioning administration since the government collapsed in January 2017 over a failed green-energy project. The rift later widened to broader cultural issues separating Northern Ireland’s British unionists and Irish nationalists.

The socially conservative Democratic Unionist Party, an ally of British Prime Minister Theresa May’s government, is opposed to a redefinition of the law.

Instead, Ireland's Prime Minister, Leo Varadkar, called for marriage equality to be introduced to Northern Ireland. He attended Belfast Pride once he was confirmed as Taoiseach. 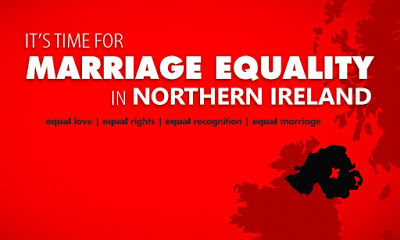