The first Australian footballer comes out as gay 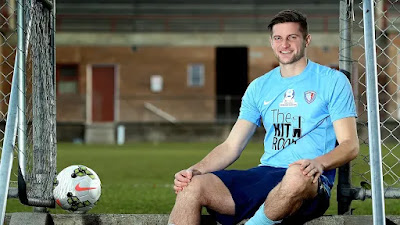 Andy Brennan has become Australia’s first professional male footballer to come out as gay while still playing the game.

The 26-year-old, who had played for the Newcastle Jets in the A-League, and now plays for Green Gully in a lower division, made the announcement in a social media post.

He said he had spent many years of uncertainty about his sexuality and the reaction such an announcement would get, but came to the conclusion that being open was the best way for him to feel comfortable.

“I’m gay,” he wrote. “It’s incredible saying that now; it feels amazing. And weirdly, it doesn’t feel like a big deal. Really in 2019, it shouldn’t be. But I couldn’t be happier that despite taking so long, ruminating over this decision for so many years and being entirely unsure about myself, I can finally come out and say it.”

There are no openly gay footballers in any of the major leagues in Europe, an anomaly considering the increasing number of professional athletes that come out of the closet in recent years, but based on the overwhelming support that Brennan received on Instagram, they may be wondering why they take so long. 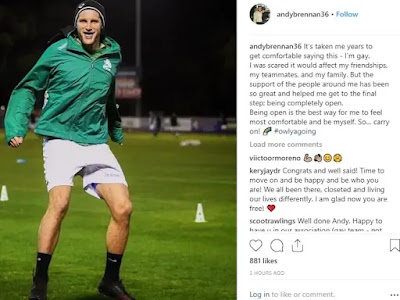