Warning on step back in LGBT rights in Europe 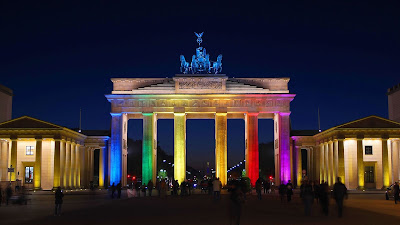 LGBT rights in Europe are stagnating and, in some countries, regressing for the first time in a decade.

The European chapter of the advocacy group International Lesbian, Gay, Bisexual, Trans and Intersex Association (ILGA-Europe) denounced the troubling state of the LGBT rights in the continent after releasing the 10th Rainbow Europe Map and Index.

The 2019 Rainbow Europe Map and Index, a monitoring tool designed to rank 49 countries in Europe on criteria such as their LGBT equality and non-discrimination laws, legal gender recognition and bodily integrity, protection from hatred and violence, family rights, and spaces in civil society, revealed that some countries are regressing as existing laws and policies disappeared.

Overall, the island of Malta scored the highest, topping the Rainbow Europe country ranking for the fourth year in a row, followed by Belgium, for the second year in the second spot. Third came Luxembourg, increasing its ranking by 17 spots year-on-year thanks to a “well-modified legal gender recognition law based on self-determination and a comprehensive national action plan.”

Ranking at the bottom of the 49 countries are Armenia, Turkey and Azerbaijan. 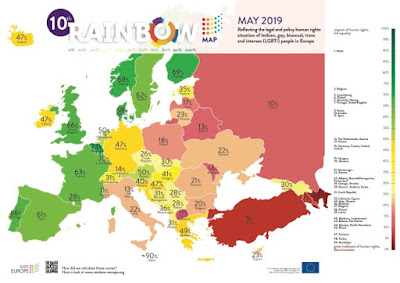