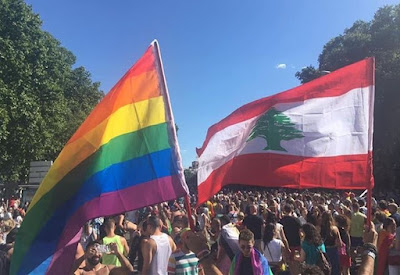 The opening concert of Beirut Pride has been cancelled because of pressure from religious institutions and threats of violence, organisers said.

Clerics had complained to the Lebanese authorities, linking the festival to "the promotion of same-sex marriage and associating it with debauchery and immorality", a statement said.

The Pride organisers announced: "Under pressure from the street, the management of the Palace is unable to produce the concert next Saturday. We thank the performers and the Palace for their perseverance, and the opening evening of Beirut Pride 2019 is suspended until further notice."

In July, a major music festival cancelled a concert by the country's best-known rock band Mashrou' Leila, whose lead singer is openly gay, to prevent bloodshed after church leaders accused the group of blasphemy. And in May, Lebanon's government blocked access to the gay dating app Grindr.

LGBT people have faced prosecution in the past for violating Lebanon's penal code, which punishes any sexual intercourse "contrary to the order of nature" with up to one year in prison.

Lebanon was seen as more tolerant than most other Arab countries, but LGBT people say they still face harassment and have no rights. The true is last year some Pride events were cancelled and organisers were arrested. 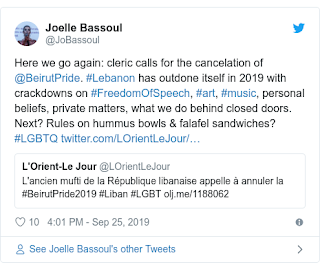