THE DARE PROJECT is coming 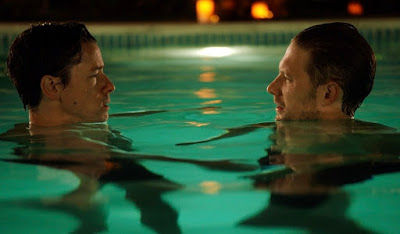 The gay short film DARE made a huge impression on audiences in 2004 with its story of Ben (Adam Fleming) and Johnny (Michael Cassidy), lustful teen crushes, and forbidden gay love in high school.

DARE had 13.5M views on Youtube; played over 50 film fests; was released as the lead film on gay short DVD compilations around the world, and then eventually became a Sundance feature.

Now, writer and producer David Brind and director Adam Salky have done something unprecedented. They’ve brought back the very same cast and creative team from the original short film 15 years later for THE DARE PROJECT, a continuation of Ben and Johnny’s story.

Brind spoke about the origins of the 2004 film, and the decision to try and put together a sequel. In THE DARE PROJECT, Ben and Johnny, now in their early 30s fortuitously run into each other at a party in Los Angeles after not seeing each other since high school. Is their connection still alive, and what do they do about it?

Here’s the original short film, for those who haven’t seen it or want a refresher:


THE DARE PROJECT is available starting midnight to rent and buy on Tuesday, 9/24 at dareshortfilm.com but, before that, take a first look at the exclusive premiere of the sequel's trailer in Vimeo: