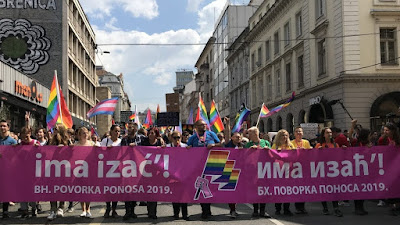 Sarajevo has become the latest and last of the Balkan capitals to hold its first Pride parade as LGBT activists in Bosnia and Herzegovina marched amid a backdrop of protests and aggression from conservative voices in the country.

More than 2,000 people turned out in Sarajevo for the city's first Gay Pride march to protest hate crimes suffered by the LGBT community.

Led by a vast pink banner with the words “Ima Izac”, which translates as ‘Coming Out’, attendees marched under rainbow flags to the sounds of whistles and drums as they used the event to highlight the ongoing violence and discrimination faced by LGBT people in the country.

Protesters were flanked by more than 1,000 police officers to limit potential violence and aggression from groups opposing the march – with planned counter protests and a history of disruption at LGBT events in the traditionally conservative country casting a shadow over proceedings.

Among those taking part were ambassadors from several western countries, including Britain, France, Italy and the United States, Eric Gordon Nelson, who is gay. Ahead of the event he said: “The US Embassy expresses support to the first Pride March in Bosnia and Herzegovina. The goal of the pride parade is equal human rights for all".

Members of the community have complained that they face widespread harassment and attacks which are rarely prosecuted.

Organiser Lejla Huremovic told the gathering: "If there was no violence I wouldn't be here today. This gives us strength and faith that prejudice against us will start to wane and that it will become better for all of us." 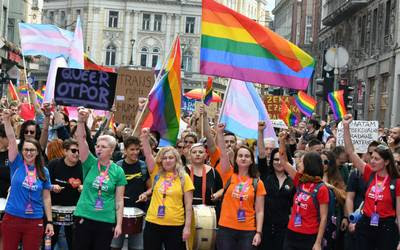 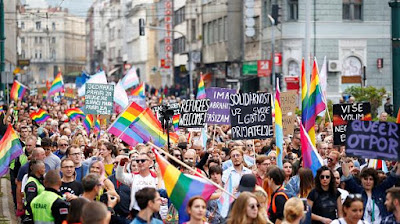 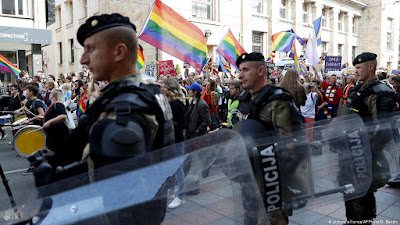