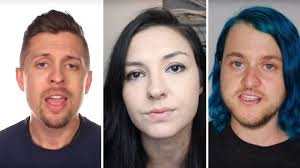 Five prominent LGBT YouTube channels are suing the video site and its parent company Google for allegedly discriminating against queer content creators. The group of YouTubers have accused the website of making it difficult for them to reach a wider audience, and of restricting their ability to make a living from their work.

According to the lawsuit, YouTube algorithms flag videos about LGBT issues as “shocking,” “inappropriate,” “offensive,” and “sexually explicit,” meaning that they are then demonetised, or made ineligible for paid advertising.

YouTube has also been accused of blocking LGBT creators from purchasing advertising on other videos, while allowing hate-filled videos to remain online and even advertise on LGBT channels.

YouTube spokesperson Alex Joseph told PinkNews that its policies have no notion of sexual orientation or gender identity. “All content on our site is subject to the same policies,” Joseph said.

“Our systems do not restrict or demonetise videos based on these factors or the inclusion of terms like ‘gay’ or ‘transgender.’ In addition, we have strong policies prohibiting hate speech, and we quickly remove content that violates our policies and terminate accounts that do so repeatedly,” he added.

None of these accusations are new, but this is the first time that they have been rounded up as part of a lawsuit.

Watch the YouTubers' video below: