Meeting of two openly gay heads of state and their partners 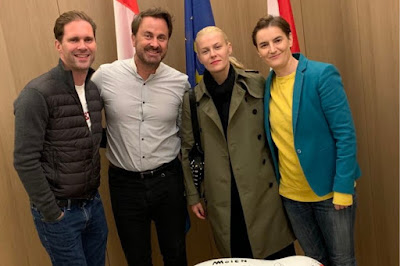 The Prime Minister of Luxembourg is hosting his Serbian counterpart this week to discuss the possibility of the latter joining the European Union among other issues.

Bettel and his husband, Gauthier Destenay, were seen posing with Brnabić and her partner, Milica Djurdjic. The pictures were tweeted by Bettel himself to mark Brnabić’s arrival in the country.

Upon taking office in June 2017, Brnabić declared that she did not want to be branded “Serbia’s gay PM”. Rather, she said, she would like to be known for her “competence, professionalism and trustworthiness”.

While many acknowledged that the fairness of this request, there is a widely-held frustration that LGBT rights have not advanced under Brnabić’s leadership. 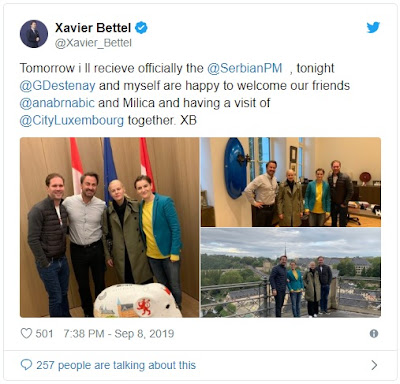