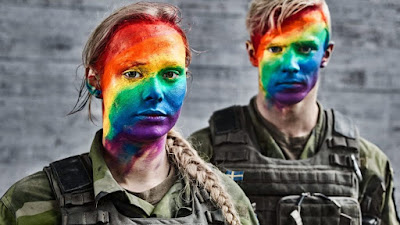 The Försvarsmakten (Swedish Armed Forces) shared a message of solidarity on social media as the country hosted the EuroPride 2018 celebration in Stockholm and Gothenburg.

The ad from Swedish Armed Forces from EuroPride had a proud anti-fascist message: We don’t always march straight. But no matter when or where we march, we always stand up for your right to live the way you want with whoever you want.

This ad certainly struck fear into all of the anti-LGBT fascists in Sweden. Volt, the ad agency that designed the campaign, described it this way:

"Usually when The Swedish Armed Forces put paint on their faces it is to camouflage themselves. During EuroPride 2018 they wanted to do the opposite, they wanted to be seen. They wanted to make a statement with the potential to echo across Europe to show that they stand up for the values they’re tasked with defending, and the equal worth of all people regardless of their sexual orientation, gender identity, or gender expression."

The Armed Forces clapped back: “The Armed Forces have chosen to participate in Pride to demonstrate that we stand up for our values and protect all people’s equal values and rights. To clearly show that we are an inclusive organisation, where everyone is treated with mutual respect.” 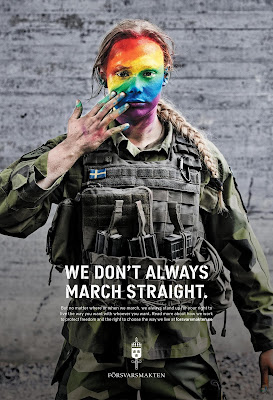 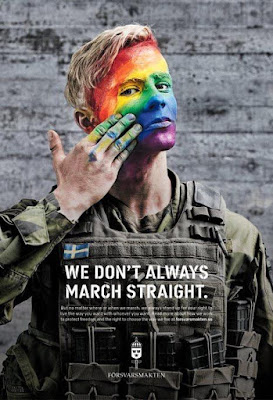 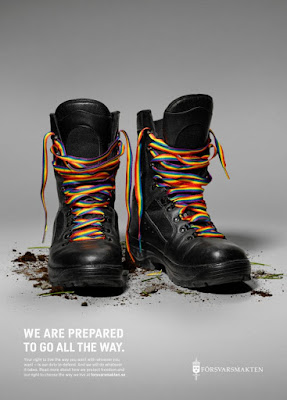