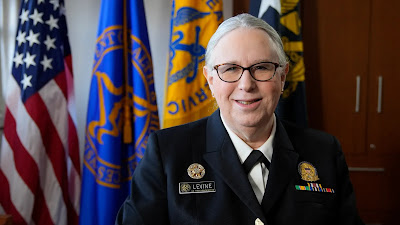 Admiral Rachel Levine, the highest-ranking transgender person in the federal government, gave a speech in in Fort Worth at the Out For Health Conference at Texas Christian University, urging physicians-in-training to fight political attacks against young trans people and their families.

Levine said: "Trans youth in particular are being hounded in public and driven to deaths of despair at an alarming rate. Fifty-two percent of all transgender and nonbinary young people in the U.S. seriously contemplated killing themselves in 2020. Think about how many of them thought it was better to die than to put up with any more harassment, scapegoating and intentional abuse."

More than 100 anti-trans bills have been introduced in state legislatures this year, mostly directed at youth; some seek to bar trans student athletes from participating in sports under their gender identity, while others would deny gender-affirming health care to young people. In opinion of Levine, many of these legislative attacks use scientific language to justify their political aims, but it is also being used to drive people to suicide.

LGBTQ youth, especially trans youth, are extremely vulnerable and need support. “We need to empower them because they are at risk,” she concluded. 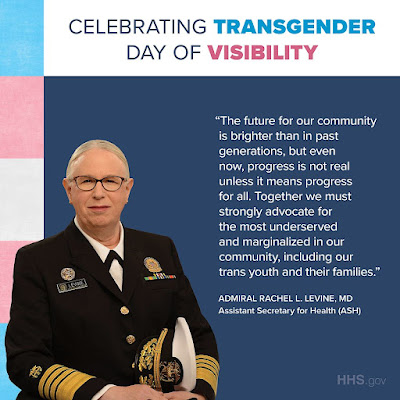