'Gay for a Day' Protest in India

Hundreds of people have taken to the streets of New Delhi and other Indian cities to protest the decision by India’s Supreme Court to uphold the law criminalizing gay sex.

The protest called "Gay for a day" has gathered gay rights activists across the country, and it has had a big difussion on Facebook and Twitter.

India's High Court reversed this week a Delhi's Court decision ruled in 2009 that had decriminalized gay sex. Now, to make gay sex in India is currently punishable again by up to 10 years in prison.

The protesters wore black arm bands and waved rainbow-colored flags and banners. Some people also wore masks and wigs to protect their identity.

Most of attenders agreed with same slogan: "We will not let the court deprives us of our rights".

I join them to urge a rollback of the top court's last decision. 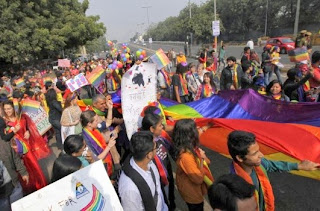 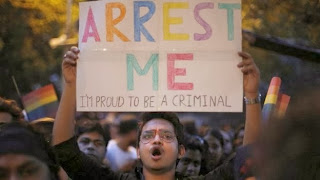 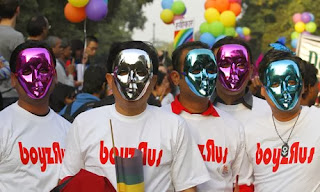