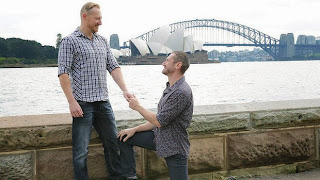 The parliament of Australian Capital Territory (ACT), which includes the Australian capital Canberra, passed a bill in October making that territory the first part of Australia to legalize same-sex marriage.

However, a federal law declared in 2004 that marriage in Australia is only between a man and a woman.

Now, the High Court in Canberra ruled unanimously against ACT's law, saying that it could not stand alongside national-level laws. The court added the issue should be decided by federal parliament.

But last year, a bill allowing marriage equality was voted down in both houses of Australia's federal parliament. Besides, the current Prime Minister Tony Abbott, who leads a Liberal-National coalition, opposes same-sex marriage.

An immediate ruling's consequence has been the 27 gay couples who married since the law came into effect last weekend will now have their unions declared invalid. In less than a week they have been married and unmarried again, on a legal level at least.

Despite the great campaign for gay marriage in Australia and its legalization in New Zealand, Australia takes a step back against equality. 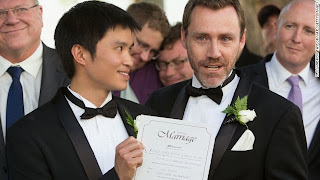 Last weekend they were married, today they aren't again