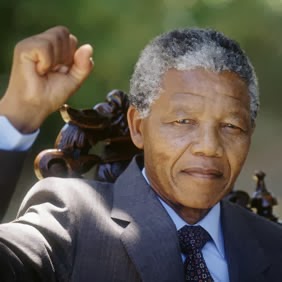 Nelson Mandela has died at 95.

The former president of South Africa was an iconic leader in the fight against the political system of apartheid, and he became the first President of the Republic of South Africa (1994 - 1999) elected by universal suffrage for the first non-racial national election in the country's history.

Before that, he had participated in the non-violent struggle against apartheid laws, and he was sentenced to life imprisonment and hard labor. After twenty-seven years in prison, Mandela was released in 1990.

In 1993, he received the Nobel Peace Prize for his actions in favor of the end of apartheid and the establishment of a non-racial democracy in the country. In 1994, he was elected the first black president of South Africa, and successfully applied the policy of national reconciliation. After his first term, he retired from political life, but he continued fighting against AIDS and in favour of several humanitary causes.

May he rest in peace.