A gala gay wedding of police officers holds in Spain 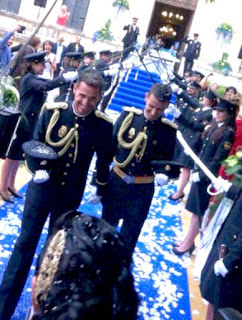 Two male members of Spanish National Police got married, marking the first same-sex union within the Spanish law enforcement agency or, at least, the first to be openly publicized.
Chema, a native of Jerez de la Frontera, and Jonathan, from Algeciras, formalized their five-year relationship in gala uniform at the Royal Andalusian School of Equestrian Art, a prominent dressage center in Jerez de la Frontera, akin to the Spanish Riding School in Vienna.
Although they did not personally contact the press, the event got out through the social media and some newspapers becoming viral.
Spain is a pioneer in same-sex marriage legislation, which Congress passed the bill in 2005 under the Socialist administration.
Congrats to the newlyweds! 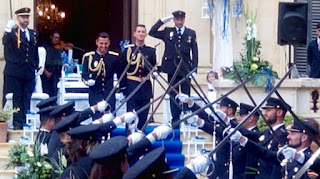 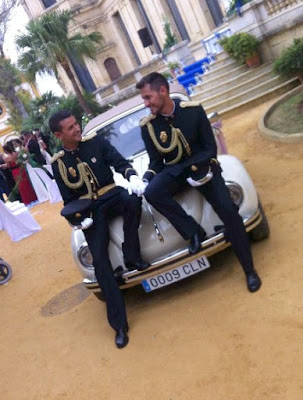 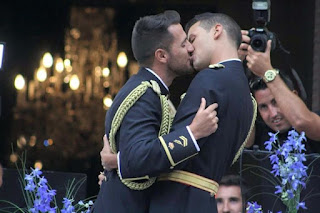