Naval Officer is pinned by her wife in a military ceremony 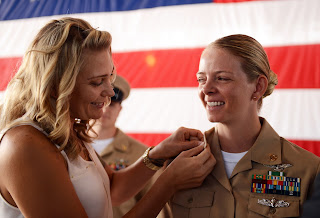 It's been almost five years since Don't Ask Don't Tell was repealed, and one photo released by the Navy this week shows how far the military has come.
In the photo, Chief Aviation Ordnanceman Misty Beck is pinned by her wife during a chief petty officer pinning ceremony.
A pinning ceremony is "the culmination of a six-week intense training program to prepare selected sailors for their new responsibilities as senior noncommissioned officers."
Congrats! 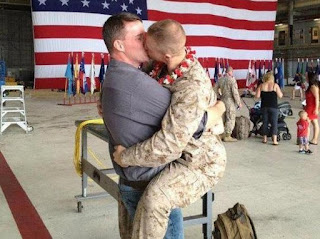 Do you remember this picture?