A major Simpsons character is set to come out 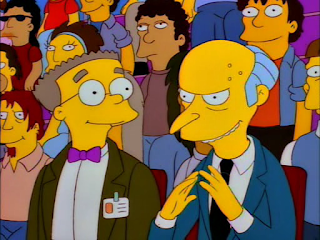 After decades of lusting after the skeletal billionaire, Smithers, the besotted personal assistant, will reveal his homosexuality to the object of his affections in Simpsons´ season 27, executive producer Al Jean told.

"In Springfield now, most people know he’s gay, but obviously Burns doesn’t", he said. "We deal with that in two episodes… We actually do a lot with Smithers this year; he gets fed up with Burns not appreciating him and considers his options", he added.

Smithers’s affections for his boss have provided a deep vein of comedy for the show, with dozens of episodes hinting that he is gay and in love with Mr Burns.

Simpsons´ town is home to several gay characters, such as those who work at the Ajax Steel Mill, which turns into a gay nightclub at night, although there are only a few lesbian characters, the most prominent being Patricia Patty Bouvier, one of Marge Simpson’s twin sisters. 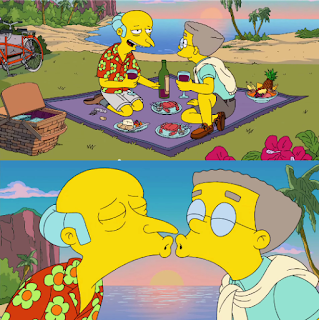