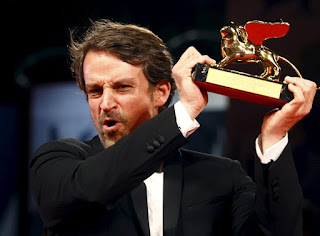 Venezuelan director Lorenzo Vigas’ powerful debut feature movie Desde Allá (From Afar) has won the Venince Film Festival’s top Golden Lion prize.
The drama set in Caracas tells the story of a 50-year-old rich gay man who gets sexually involved with a 17-year-old leader from one of the city’s gangs. It’s based on a story by 21 Grams writer Guillermo Arriaga.
Quietly but powerfully, the movie maps the currents of sex, money and violence beneath the surface of Venezuelan society.
"I want to dedicate this prize to my amazing country Venezuela", Vigas said to an applauding audience. And he added: "I know we have a few problems, but if we talk about them we will overcome them".
"Rarely taking the path of cheap exposition where convincing character psychology will do, this smart, unsensationalized examination of the slow-blossoming relationship between a middle-aged loner and a young street tough trusts auds to make the necessary connections in a narrative that merges its characters’ respective father complexes to moving, equivocal effect", reviewed Variety. 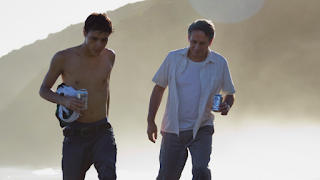 The main characters of the movie