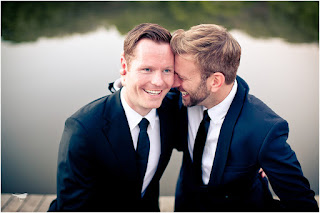 According to the stats, Belgium has a higher proportion of gay weddings compared to all marriages than anywhere else.
A study looked at the ongoing prevalence of weddings across a period of time in early adopters: Belgium, Canada, the Netherlands, Norway, Portugal, Spain and the U.S. state of Massachusetts, all of whom have had equality for around a dècade.
Comparing the rate of same-sex marriages per year to the rate of total marriages, there were widely different results.
Belgium led the pack, with 24 same-sex weddings per thousand marriages (2.4%). At the other end is Portugal, with just 9 gay marriages per thousand (0.9%).
Massachusetts, which legalised same-sex marriage back in 2004, technically leads with 38 per thousand (3.8%), but this is likely to have been skewed by the vast number of people travelling from other U.S. states to marry, before equality became commonplace.
The percentage in each country is: 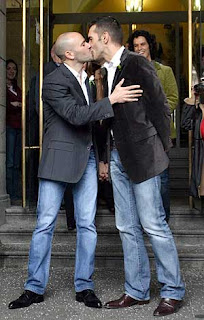 Spain is one of six countries where equal
marriage is legal for more than 10 years
Publicat per Ben Aquila a 1:32 PM