Prince William speaks out against homophobia 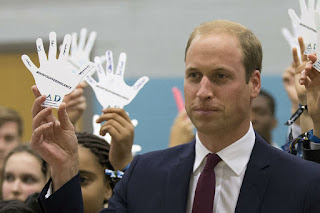 Prince William has taken part in a session on bullying and homophobia in schools, in which he specifically spoke out against homophobia for the first time.

The future King visited Hammersmith Academy today, to take part in a session with pupils to provide practical tips to prevent anti-LGBT bullying, and cyber bullying.

Though the Royal Family are involved in hundreds of charities, they are almost never seen to be embracing the cause of LGBT rights.

However, Prince William actively spoke out against homophobia in the visit, alongside Education Secretary and Equalities minister Nicky Morgan.

Joining a session on LGBT issues, the students were asked how they would react to homophobic bullying. The Duke of Cambridge indicated he would confront those behind any comments and comfort the victims.

Referring to a chart of how to tackle homophobia, he said: “I would start on that side and end up here.”

After a student said they would confront a homophobe, the Duke added: “As the young man said, I would try to confront.”

He also appeared in front of a sign displaying LGBT in rainbow letters in a number of pictures. 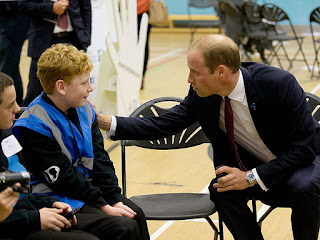 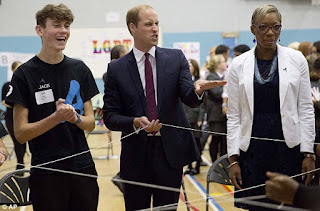 The future King has actively participated in this event