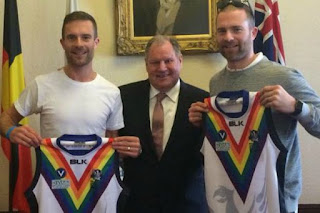 One of Australia’s oldest football teams today swapped tradition for a rainbow show of support for LGBT people.
The University Blacks, as part of a broader campaign to support LGBT people, swapped their traditional colours for rainbow jumpers. The move is part of the ‘gay, that’s ok’, campaign.
As well as having players wear the rainbow jerseys, the team also painted its 50-metre line with rainbows.
The initiative was inspired by former player Lachlan Beaton, who hid his sexuality for years before coming out.
The team in todays show of support became the first of its kind in the Victorian Amateur Football Association to do so.
Other teams have already announced plans to do the same in upcoming matches. 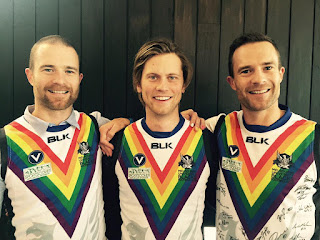 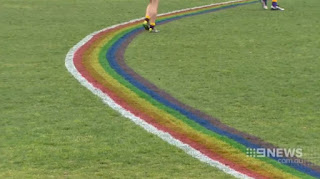 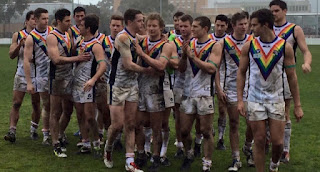