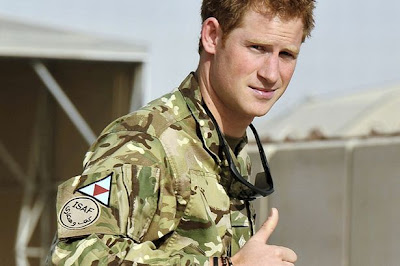 James Wharton, a gay former British soldier has published in his recent book that Prince Harry saved him from a homophobic attack by infantry soldiers during a training exercise in Canada.

Lance Corporal Wharton became the target of abuse in 2008 when he was 21, and he approached Prince Harry, who was his tank commander at the time, and told him that he thought he was going to be "murdered by the infantry".

Former soldier writes he climbed into the turret of the tank and talked Harry what happened. After hearing the story reportedly declared: ‘‘Right, I’m going to sort this shit out once and for all’’.

Wharton explains Prince Harry climbed out of the tank and approached the group without hesitating. After reproaching them, he returned and said the situation was “sorted”.

“I will always be grateful to Harry”, Wharton continues. “I will never forget what happened. Until he went over and dealt with everything I was on track for a battering”, he adds.

Wharton, who served in Iraq, became the first gay man to appear on the cover of Soldier magazine in 2009. The year after, he and his partner had the Household Cavalry’s first civil partnership.

Cpl Wharton quit the army earlier this year, and now he has published his book Out in the Army.