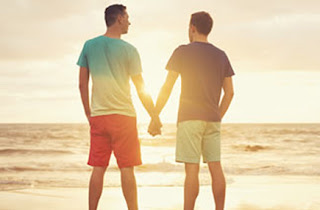 An overwhelming 95% of same-sex couples say they are afraid to show any sort of affection in public while traveling, according to a survey conducted by Virgin Holidays.

The airline polled 1,000 LGBT couples and 1,000 straight couples in order to get the startling results, in which only one in 20 same-sex couples reported being comfortable showing affection abroad.

The research also revealed that 58% of the gay couples polled had been stared at while on holiday, 29% had been verbally abused, and one in ten were threatened with physical violence.

Virgin Holidays recently created a video that highlights the problem as part of the airline’s three-year plan to become one of the most LGBT-friendly travel companies in existence.