German president apologizes to gays for decades of persecution 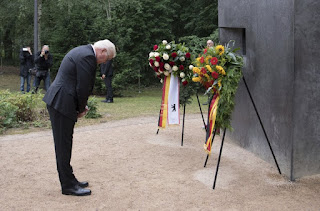 Germany’s president asked gays for forgiveness for decades of suffering and injustice they endured as a result of repressive laws in Germany in the Nazi era and after World War II.

Frank-Walter Steinmeier spoke in a ceremony marking the persecution of gays by the Hitler regime. He remembered the harsh treatment continued in the post-war era, in both parts of a then-divided Germany, where homosexuality remained a criminal offense.

Homosexuality was illegal in Germany since the country’s founding in 1871, under the terms of Paragraph 175, which formed part of Germany's criminal code until 1994.

During the Nazi period up to 100,000 gay men and women also were persecuted and imprisoned for their sexuality. Most of them were sent to concentration camps where as many as 60% were killed.

Steinmeier said: “This is why I’m asking for forgiveness today, for all the suffering and injustice, and the silence that followed.” And he added he wants to reassure all LGBT people are protected in today’s Germany. 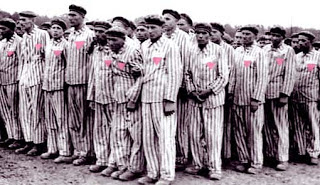