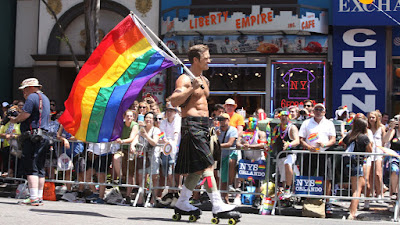 The New York City Pride March on June 24 will feature the largest collection of professional sports leagues ever for an LGBT Pride March or Parade.

Virtually all of the major professional sports leagues based in the United States will all be taking part in the Pride March. The NFL, NHL, MLB, NBA and WNBA are all registered as leagues to march in the parade and will have floats. Major League Soccer and the National Women’s Hockey League will have employees and players marching as well.

This will be the first time the NFL or MLB have participated in the Pride March. The National Football League will have a float in the parade that features former NFL player Ryan O’Callaghan, who came out publicly last year. Major League Baseball will feature a huge contingent of about 200 employees, including out former MLB umpire Dale Scott and gay MLB executive and former player Billy Bean.

Returning to the NYC Pride March is the National Hockey League, which is marching for the second consecutive year. Also marching will be the NBA and WNBA, which started the trend with their joint participation in the 2016. Members of the National Women’s Hockey League, as well as Major League Soccer staffers, will also be marching in New York City.

And tennis legend Billie Jean King has been named one of the Grand Marshals of NYC Pride.

This will be the sportiest Pride March ever! 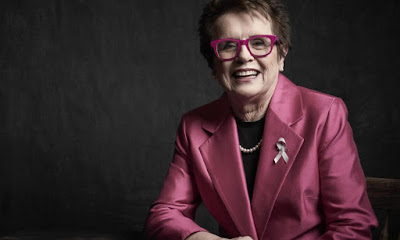